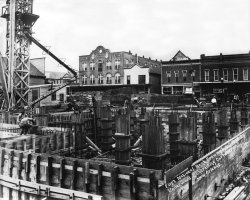 Our solid foundation was established in the 1920s on the strength and stability of the local community of Crowley, Louisiana. Since our inception, we have grown to hold over $537,000,000 in assets, ensuring personal service as the cornerstone of all we do. Although we still call the original Crowley Skyscraper home, we now include locations in Lafayette, Sulphur, and Lake Charles. Our roots are simple and we strive to provide the same personal touch our foundation was built on.

A Timeline: Building a Solid Foundation 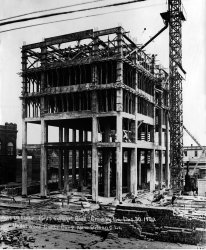 1920 Construction begins
1924 First National Bank of Crowley opens on April 1st in the building deemed the "highest skyscraper” between New Orleans and Houston. Mr. CJ Freeland is named the bank’s 1st President.
1933 Following the "Banking Holiday” of the Depression, FNB is the only bank in Acadia Parish to re-open. While other banks across the nation are closing, Mr. C.J. Freeland orders $250,000.00 in $1.00 bills to be stacked by the vault. As customers arrive to withdraw their money, the sight of the stacked green backs discourage them from withdrawing, securing the future of the community bank.
1950 B.W. Freeland, Sr. is named the 2nd FNB President. A family tradition for the Freeland family continues with the second generation presidency.
1959 David and Gerald Smith join FNB as Executive Vice President and Director respectively. The tradition of family service continues with the Smith brother’s leadership.

1966 Richard Seale, age 36 joins FNB as one of the state’s youngest banking CEOs. One year later, Seale is 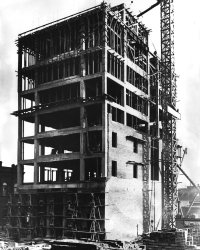 1968 After 48 years of ownership, the Freeland family sells the Crowley bank building to FNB. Following the sale, the bank goes through extensive renovations being the first bank in Crowley to have drive-in windows, night depository, and a time/temperature sign.

1979 Richard Seale is named Chairman of the Board

1984 The first ATM machines in Acadia Parish are opened by FNB in 3 locations.

1994 The bank holding company, Financial Corporation of Louisiana, is formed. 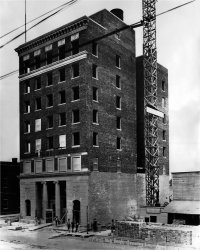 2020 Rose Miller is named the first female bank President and 5th President for the               bank, J. Randall Prather will continue as the bank CEO & Chairman of the Board.

Need help or have questions? View our resources.

Save a trip to the bank and deposit checks anytime or any place with our mobile deposit feature.